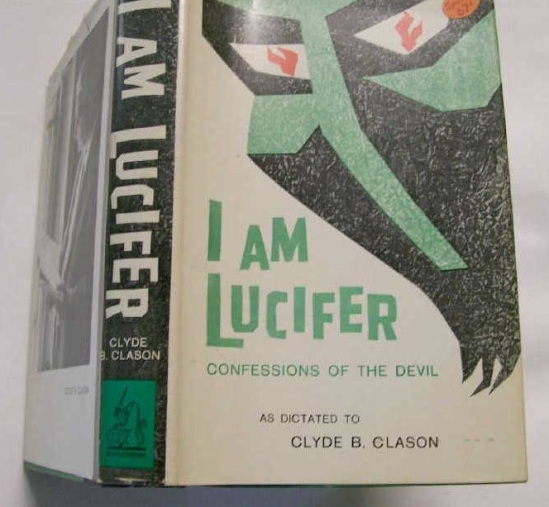 An early harbinger of the North American “Satanic Panic” of the 1980s and early 1990s, the book is supposedly inspired by a vision the author had on an overnight train to Chicago.

While preparing for sleep, Clason relates, he heard a voice: `I am Lucifer… I have won. I am about to take full possession of this planet.’ He [Clason] saw history spread itself out in the form of a continuous struggle between Lucifer and God, and, returning home, he found himself compelled to the typewriter by `Some force I could neither understand nor withstand’ to type the devil’s memoirs by dictation.*

Since the abandonment of the Black Mass and the “old religion” by his erstwhile disciples, Lucifer’s only hope, according to Clason, lay in the ideological success and establishment of “Communism and Rationalism” throughout the world. The conflation of Satan and the Antichrist with “godless” Communism was common during the Second Red Scare.* *

Clason was born in Denver in 1903 and spent his early life in Chicago as an editor, copywriter, and successful mystery writer.* This is the only book dictated to him by a supernatural agent.

Book jacket design is by Bernhard Sperl, who seems to have specialized in Christian literature. I found a later hardcover edition as well, in which Lucifer resembles the silhouette of an incredibly boring middle aged man, as seen below.